Really ? Is it possible or is just science fiction ?

Reading any anglophone newspaper, magazine or site, one has the impression that the anglos are living in a parallel universe, on a 100% anglo-saxon planet (in a solipsistic and autistic, autarchic and infused with self-importance and imperial arrogance way), not on Planet Earth were the native anglophones are barely 5% from the total world population of 7,2 billion inhabitants.

“Native speakers of English influenced by the unique prominence of English act differently than members of other cultural groups. They take their own superiority for granted and allow it to unconsciously shape their subjective world views. Native speakers of English are uniquely less-likely to learn other languages, feel the need to integrate with other cultures, or admit to and accommodate the existence of other cultures in their home countries.  No need to learn a second language, because “everyone speaks English.” Lack of respect of minority language rights: “Why don’t they just learn English ?””

“Concatenation” it’s an absolute exception, a British pro-Europeanist SF site is just a miracle (in favour of European co-operation and cultural interchange) in such a provincial and closed and nombrilist society as the UK’s one (a 3% country : ” When it comes to international literature, English readers are the worst-served in the Western world. Only 3% of the books published annually in Britain are translated from another language; fiction’s slice is less than 1%. This contrasts sharply with continental Europe: in France, 14% of books sold in 2008 were translations; in Germany, the figure was 8%, according to Literature Across Frontiers, a translation advocacy network. Yet the bias for English literature appears to be universal: two in three European translations are from English, and about 40% of all novels published in France and especially in smaller European countries, the number of translations from English can reach an incredible 80% of all translations.” ) 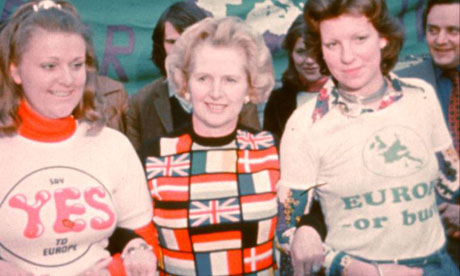 Indeed, an united and independent Europe is increasingly necessary, while a politically divided one would bring disadvantages in many areas, including the economic, cultural, political, social, scientific, diplomatic and military arenas. A major argument is the relative small size and importance of the individual European countries with respect to the current and rising powers on the world scale. The individual European countries would then have limited geopolitical influence and would be unable to represent their own interests effectively.

On the other hand, an united Europe, with a population and an economy larger than that of the United States, is a viable partner, or competitor, whose opinion and interests is be taken into account on the world stage. “The Summer SF2 Concatenation now up with much European news !

With the award season beginning Europe’s first SF awards have been given. Europe also is in a favourable position with a sound 2016 Eurocon being planned and a strong bid for 2017.

Finally, with Europe’s most recent Worldcon just behind us, it is time to consider its successes and whether it could have been even better still!

In addition there is news of the Clarke shortlist http://www.concatenation.org/news/news4~15.html#clarkenoms

Finally, last August Europe saw the latest Worldcon this side of the  Atlantic with Loncon 3. It was a highly successful convention, even by Worldcon standards.  But could it have been even better?
SF2 Concatenation has an in-depth stand-alone article on Loncon 3 taken with a con-runner perspective. http://www.concatenation.org/conrev/worldcon_2014.html

With science and SF whimsy from Gaia http://www.concatenation.org/science/gaia15.html plus 26 science fiction and fantasy book reviews, not to mention three non-fiction and popular
science book reviews, there should be something for almost every SF fan.