Brussels’ International Fantastic Film Festival is has been one of Belgium’s top cultural events since 1983. This festival attracts the cream of the crop in the world of the fantastic (horror, sci-fi, anime, fantasy, thrillers). Top quality films and a prestigious, respected jury panel have given the competition a fine reputation.

Fans know that this is the festival where they will find the talents of tomorrow, but also place to meet their favourite stars – actors and directors having become cult legends in the genre are regularly invited by the festival as guests of honour.
For more than 30 years now (each year, the BIFFF welcomes more than 60 000 spectators and invites more than 100 international guests, making it one of Europe’s leading film festivals), the Brussels International Fantastic Film Festival rouses the European capital from its winter sleep for the most expected cinematographic event of the year. Bursting to the seams with amazing events and original manifestations (the Make-Up Contest, the International Body Painting Contest, the Zombie Parade in the heart of Brussels, the Japanimation Day, the Manga Market, the Cosplay Contest, the renowned Vampire Ball and many other festivities) the BIFFF is a warm and atmospheric celebration of everything related to the genre. 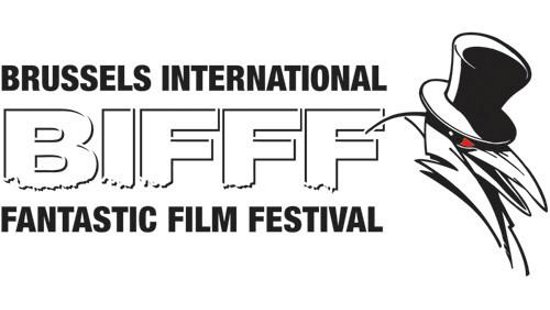 During 13 days (what a magic number!) there will be more than 100 films shown, both world- and international premieres, ranging from Fantastic, Thriller, Science-fiction, Horror and Cult to Underground cinema, and special screenings such as the Fantastic Night and Midnight X-tremes.

It attracts tens of thousands of stalwarts who just love science-fiction, horror and other films realized by the most visionary directors. For a period of two weeks, cinemagoers can watch over 150 films, the majority of them as previews. They can meet the most eminent actors and directors in this genre, invited to come to this festival from all over the world. Attend or take part in the make-up or body painting competition, the unusual processions or the compulsory Vampires’ Ball. Visit the thematic exhibitions which are staged in parallel to the festival. An event on this scale cannot be summarized in a few lines.
For its 32nd edition, the BIFFF (Brussels International Fantastic Film Festival) returns to the Center for Fine Arts !

A big premiere in 2014 : the FRONTIERES project, the first co-production market between Europe and North America destined for film industry professionals. But genre buffs know that the BIFFF also stands for two movie theatres, three spacious rooms for the creation of our festival village and, of course, the facial make-up & body painting contest, street theatre animation, the comic strip stand, more than 100 films in International, European or Belgian first screening, meetings with directors, actors, actresses and producers, a tidal wave of short features, the Belgian finale of the Cosplay Contest, a Fantastic Night (4 movies with breakfast), a collaboration with Cinematek… and plenty of other surprises to embellish this gigantic film fest !

Manneken-Pis, the symbol of Brussels folklore, gets a costume at major events. On the 6 of April, Manneken-Pis dresses like Dracula for the Zombie Parade that is part of the Brussels International Fantastic Film Festival (BIFFF).