She was the author of over 90 novels and 300 short stories, a children’s picture book (“Animal Castle”), and many poems. She also wrote two episodes of the BBC science fiction series Blake’s 7. She was the first woman to win the British Fantasy Award best novel award (also known as the August Derleth Award), for her book “Death’s Master” (1980)

Tanith Lee has won multiple awards for her work, included the World Fantasy Award and the Lifetime Achievement Awards from both the World Fantasy Convention in 2013 and the Horror Writers Association (HWA) in 2015.

According to Tanith, although her childhood was happy, she was the “traditional kid that got bullied”, and had to move around frequently due to her parents’ work. Although her family was poor, they maintained a large paperback collection, and Tanith Lee actively read weird fiction, including “Silken Swift” by Theodore Sturgeon and “Gabriel Ernest” by Saki, and discussed such literature as Hamlet and Dracula with her parents. Tanith Lee attended many different schools in childhood. She was at first incapable of reading due to a mild form of dyslexia, which was diagnosed later in life, but when she was aged 8, her father taught her to read in about a month, and she began to write at the age of 9.

Because Lee’s parents had to move for jobs, Lee attended numerous primary schools including Catford Grammar School.Three subjects inspired Tanith Lee: English, history, and religion. After high school, Tanith attended Croydon Art College for a year. Realizing that was not what she wanted to do, she dropped out and held a number of occupations: she has been a file clerk, waitress, shop assistant, and a librarian.

Her first professional sale came from “Eustace”, a ninety-word vignette at the age of 21 in 1968. 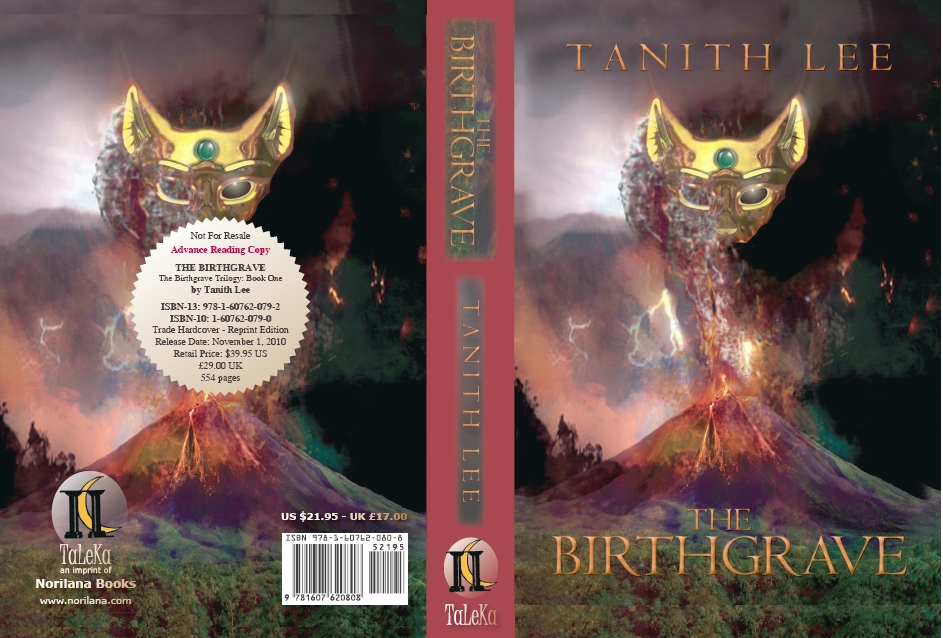 She worked various jobs such as file clerk and assistant librarian for almost a decade, due to rejection of her books. Her first novel (for children) was “The Dragon Hoard”, published in 1971 by Macmillan. Many British publishers rejected “The Birthgrave” thus she wrote to DAW Books. Her career really took off with the acceptance in 1975 by Daw Books USA of her adult fantasy epic “The Birthgrave” – a mass-market paperback. Lee subsequently maintained a prolific output in popular genre writing. “The Birthgrave” allowed Lee to be a full-time writer and stop doing “stupid and soul-killing jobs.”

Major publishing companies were less accepting of Lee’s later works. The companies which Lee worked with for numerous years even refused to look at her proposals. Smaller companies were publishing just a few of Lee’s works. The refusals did not stop her from writing and she had numerous novels and short stories which were just sitting in her cupboard. Mail from fans even asked if she were dead because no new Lee works had been released.Lee even tried changing her genre, but to no success.

Tanith Lee had “quietly phenomenal sales” at certain periods throughout her career. When she tried changing her genre some of her works were liked by critics and published by small publishers, but it made no difference. The royalties were good before the publishers went bankrupt. 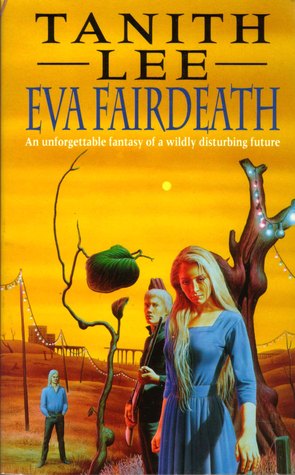 She also wrote lesbian fiction under the pseudonym Esther Garber. Other than feminism and sexuality, Lee used a wide range of other themes in her stories. From 1975-80, she began writing gothic science fiction; her first gothic novel “Sabella or the Bloodstone” features themes of loneliness and fear.

Lee’s most celebrated story “Elle Est Trois”, which examines the relationship between self-destruction and creativity “has themes of psychosis and sexuality, the subjugation of women, and the persuasive power of myth interwoven through it”. You will see myth again (along with race) in her stories “The Storm Lord”, “Anackire”, and “The White Serpent”.

Three unique Horror series were produced by Lee in the ’90s; the first story, “The Book of the Damned”, features themes of body thievery and shape-shifting. Themes of Homophobia, racism, and sexism are seen in Lee’s sequence “The Blood Opera”, and “The Venus Cycle” features themes of love, loss, and revenge. Her collection “Disturbed By Her Song”, features themes of eroticism, despair, isolation, and the pressure of an unforgiving and unwelcoming society.

These themes reoccur in her 1976 novel “Don’t Bite the Sun” where the characters are involved in a very erotic lifestyle and the protagonist experiences despair. Eroticism shows up again in her novel “Death’s Master” which examines the childhood origins of eroticism and the “later conflicts that arise from it”. The sequel to “Don’t Bite the Sun”, “Drinking Sapphire Wine”, is thematically similar to her other works, in that it features themes of Death and renewal, sexuality, and love. The theme of recognition also appears in “Drinking Sapphire Wine”, where the characters are forced to recognize others and themselves in a world where physical form is so readily alterable.

She is survived by her husband, the writer and artist John Kaiine, married 1992.

1984: Red As Blood, or, Tales From The Sisters Grimmer (nominated, best anthology/collection) 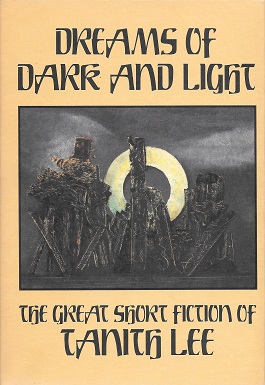