In 2003, the Lofficiers created their own small press, Black Coat Press, in order to publish classics of french SF&F thrillers into english, relying in part on the output of british writer/translator Brian Stableford. Also, Black Coat Press becamed a division of Hollywood Comics, a leading talent agency representing some of the world’s best writers and artists in the fields of motion pictures, television, multimedia, publishing and merchandising.
Black Coat Press is primarily devoted to publishing english-language translations of classics of french popular literature, in the science fiction, fantasy and mystery genres, as well as classic french comics and a few stage plays. Black Coat Press had launched an extensive program of translations of both classic and contemporary works of French science fiction and fantasy, spearheaded by award-winning writer and translator Brian Stableford, under the editorship of Jean-Marc and Randy Lofficier.

In 2005, the Lofficiers left California and relocated to the town of Chalabre, in the South of France. They started another small press, Rivière Blanche  (White River), a tribute to the famous Fleuve Noir Anticipation (Black River Anticipation) series; Rivière Blanche is coordinated by Philippe Ward) which publishes french science fiction novels in french, for the french market, science fiction novels in the nostalgic style of the long-defunct Anticipation imprint of Editions Fleuve Noir.

SF&F themes are explored in a Black Coat’s new series of translations of classic novels of French science fiction and fantasy, spearheaded by award-winning writer and translator Brian Stableford : for example Stableford’s translations of a five-volume series of works by Maurice Renard (“Blue Peril” and „Doctor Lerne”) and a seven-volume series of works by J.-H. Rosny Aîné, the two most important writers of Golden Age French SF after Jules Verne.

Jean-Marc Lofficier (born June 22nd, 1954) is a french author of books about films and television programs, as well as numerous comic books and translations of a number of animation screenplays. Graduating from the Sorbonne Law University and from ESCP Europe Business School in 1978, Jean-Marc Lofficier moved to Los Angeles, California, where he met Randy. He usually collaborates with his wife, Randy Lofficier (born in Philadelphia, Pennsylvania on February 3rd, 1953). 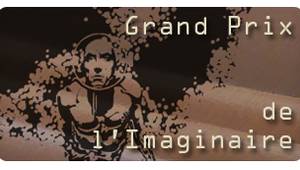 Writer/translator Brian Stableford, editor/translators Jean-Marc & Randy Lofficier, and Black Coat Press have won a Special Award for their outstanding work in bringing French science fiction to the English-speaking public.
The award is part of the coveted Grand Prix de l’Imaginaire (Great Award of the Imaginary), the oldest and most prestigious genre award in France. Created in 1974, the “GPI” is given yearly by a jury of twelve professionals.
This award recognizes the unprecedented effort made by Black Coat Press, established in 2003 by the Lofficiers, to publish classic French science fiction in the United States. In total, over twenty new translations had been released in the last years, the continuation of an unprecedented and award-winning effort in the history of genre publishing.