Cristina Jurado interviews Anne Charnock, author of “A Calculated Life“, a novel which has been recentely nominated for The Kitschies and the Philip K. Dick Award. You can read a translation into Spanish of this interview at Cristina’s wonderful blog Más Ficción Que Ciencia (More Fiction than Science). Hope you enjoy it !

Anne Charnock‘s debut novel, “A Calculated Life“, has received a lot of attention in the past weeks after being nominated for the 2013 Philip K. Dick Award, which distinguishes science fiction published in paperback original form in the United States. It has also deserved a nomination for The Kitschies, a prize that rewards the year’s most progressive, intelligent and entertaining works that contain elements of the speculative or fantastic.

Before learning about her nominations, I wasn’t familiar with the work of this author. I discovered later that she worked as a freelance journalist for various media, after completing a BS in Environmental Sciences at the University of East Anglia (UK).

Last year she self-published “A Calculated Life” – recently reviewed in my blog – as an e-book and in paperback before signing up with 47North, a publishing imprint of Amazon Publishing. She regularly contributes to the The Huffington Post, her own blog and many genre related magazines like Lightspeed or SF Signal, and she has just started reviewing fiction for Strange Horizons.

Thanks to social media, I had the opportunity to send some questions to Anne, who was gracious enough to answer them despite being in the middle of several deadlines and engagements. I really appreciate the fact that she took valuable time from her busy schedule to reply to my questionnaire. 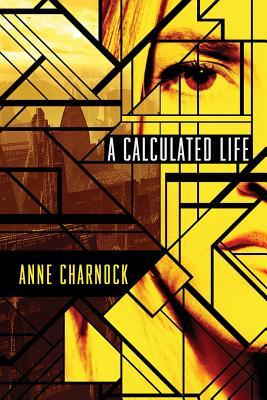 Cristina Jurado: You’ve mentioned in your SF Signal article that your novel was greatly influenced by “We”, by Yevgeny Zamyatin. Also obvious are the references to Philip K. Dick, Orwell, Atwood and so forth but, reading it, I must confess that I thought a lot about “Never Let Me Go” by Kazuo Ishiguro (you also mentioned him). The exploitation of human genetics to serve the medical needs in Ishiguro’s novel resemble the use of bionic humans in the corporate world in “A Calculated Life”. Was your intention to raise moral issues in writing your novel ?

Anne Charnock: I’m pleased you mention “Never Let Me Go”. I read this book immediately on its release in 2005 when I had nearly finished the first draft of “A Calculated Life”. I felt encouraged that Ishiguro had written speculative fiction in a very familiar, near-future setting. It’s my belief that if we could travel to the future we’d find a world that looks physically familiar. The biggest changes would be invisible. They would be manifest mainly in our human relationships.

I did feel anxious when I started my novel about where we (the human race) might be heading —with genetic engineering and possible artificial enhancements of our intelligence. Would we evolve into something not quite human ? Would there be a species schism ? I wrote the book to see if my fears were unwarranted. Would it be so bad ?

Cristina Jurado: Many consider that the power of SF resides in its ability not only to predict the future but also to understand latent trends in our present. How did you come up with the technology and social structure in your novel ?

Anne Charnock: In my novel, I imagined a situation where society and institutions have embraced technological developments because the benefits seem clear – greater public safety, improved efficiency, and higher profits for shareholders. So next, I imagined the possible impact and I decided that society would become polarized on the basis of intelligence. But I also imagined that people would mainly accept the situation because everyone reaps some sort of benefit.

Science fiction allows us to take a current issue and… extrapolate! I’d like to think that science fiction can help us to reflect back on today’s issues and to ask interesting questions in political debate.

Cristina Jurado: “A Calculated Life” is written as a third-person narration. Is it to stress Jayna’s peculiarities ? How did you build this character ?

Anne Charnock: Yes, I adopted a ‘limited third-person’ point of view. It’s ‘limited’ in that I only reveal the thoughts of one character, Jayna. So, it’s close to being a first person narrative. In the opening chapters I slowly reveal that this super-intelligent woman is struggling with building relationships and is making mistakes, errors of judgment. I hope the reader walks shoulder-to-shoulder with Jayna as she starts to look more critically at her life and slowly sheds her innocent worldview.

Cristina Jurado: Your novel has been nominated for the Philip K. Dick Award and The Kitschies. What has been the impact of those nominations in your life and work ?

Anne Charnock: It’s perhaps too soon to say. I’m happy to see my family enjoying the news of those nominations. And it’s lovely when people such as yourself want to know more about my book. It’s a great honor to have my novel listed alongside the other finalists! I can only hope these nominations will bring new opportunities. More immediately, I’m excited that I’ll be attending the Philip K Dick Award ceremony in Seattle and I’m really looking forward to meeting the other authors. It’s good to emerge from my writing cave.

Cristina Jurado:  You studied environmental sciences but worked mostly as a journalist for New Scientist, The Guardian, Financial Times, International Herald Tribune and Geographical and others. Do you think that your career as a journalist has influenced the way you approach fictional stories ? Why ?

Anne Charnock: Probably, but I’m not sure how. I often reported from countries at an early stage of economic development and I always looked for community projects so that I could ask individuals and families how they were faring in life, ask about their aspirations and what obstacles they faced in trying to improve the quality of their life. I suppose as a journalist I learned to appreciate that there are two sides to any argument. It’s a useful starting point when writing about utopias and dystopias!

Cristina Jurado: What do you think is the contribution of women to science fiction ?

Anne Charnock: Well, Mary Shelley got the ball rolling and many classics of science fiction are written by women – we all know their names. So there is no denying that heritage. I hesitate to say that women write a different type of science fiction today compared to male writers. There are women authors who write hard science fiction and space operas. And there are male writers who tackle social science fiction. Personally, I always prefer character-driven stories regardless of whether the author is a woman or man.

Cristina Jurado: My last question is about the literature that has influenced your writings. In your SF article you mentioned numerous classic authors of fantasy and SF. Which new authors are you interested in? In terms of literature in general (outside of the genre), who are your favorites ?

Anne Charnock: I’ll read virtually anything that’s well written and if you flicked through the books on my shelves you would easily identify my favorites. They are the books with all the underlining and margin notes—I want to work out why they are so good!

Thanks for your questions, Cristina ! I like a challenge !

Reposted with the kind permission of Cristina Jurado and Anne Charnock.

Courtesy of  Elías Combarro, editor of the “Sense of Wonder” blog : http://sentidodelamaravilla.blogspot.ro/2014/02/cristina-jurado-interviews-anne-charnock.html

“My writing career began in journalism and my reports appeared in New Scientist, The Guardian, Financial Times, International Herald Tribune and Geographical, among others. I was educated at the University of East Anglia, where I studied environmental sciences, and at The Manchester School of Art. As a foreign correspondent I travelled widely in the Middle East, Africa and India, and I spent a year overlanding through Egypt, Sudan and Kenya with my journalist husband, Garry.

Despite the many column inches of factual reporting, I didn’t consider writing fiction until my career turned to visual art.

Initially, I self-published “A Calculated Life” in Kindle eBook and paperback formats. However, somehow, my novel came to the attention of David Pomerico at 47North and I signed a publishing deal in July 2013 for a new edition. 47North released this new edition on 24 September 2013. 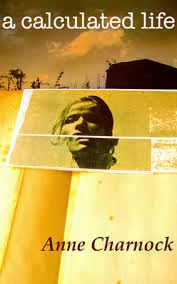 In January 2014,   A Calculated Life  was nominated for the Philip K Dick Award 2013 and also became a finalist for The Kitschies Golden Tentacle Award (Debut Novel) 2013.

I’m now busy on a new writing project. I’ll still find time for blogging – it’s something I love doing – both here and on The Huffington Post.

I compile lists of book recommendations for the HuffPost and I review exhibitions that take my fancy. Here are the book lists:

Things Could Be Worse: 12 Dystopian Novels (with Peter Steinberg in US Edition)

I split my time between Chester and London where our two sons live.”

Having a degree in Advertising and Public Relations by Universidad de Sevilla and a Masters in Rhetoric by Northwestern University (USA), she currently studies Philosophy for fun. She considers herself a globetrotter after living in Edinburgh, Chicago, Paris and Dubai. Her short stories have appeared in several sci-fi online magazines and anthologies. Her first novel From Orange to Blue (Del naranja al azul) was published in 2012.