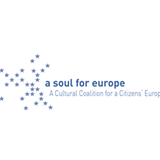 © A Soul for Europe

“At the very heart of the Initiative “A Soul for Europe” there are 55 young outstanding individuals from 21 countries from both inside and outside the European Union. They are working as civil society actors in culture, politics, research and media, at universities or in the business sector. The Strategy Group is responsible for the conceptual development and dissemination of the idea of “A Soul for Europe” through projects and initiatives : t

A Europe of the Europeans

The aim of “A Soul for Europe” is to implement concrete steps and conduct projects to ensure that Europe makes greater and better use of its cultural assets. In the process, culture should be utilized more than in the past as a strategic factor for development – at the local, regional, national and European level. All fields of policy beyond the cultural sector, from social to foreign affairs, should include a cultural component.

This means that we are lobbying for Europe with the means of culture.

We believe that it is possible to create a Europe of the Europeans, rather than just a Europe of institutions and regulations, and that this aim can be implemented based on the potential of European culture.

A new understanding of citizenship is required to create Europe from the bottom-up. We need to activate citizens to play a bigger role in creating Europe.

Since a valuable resource and the basis of this engagement is found in Europe’s cultural diversity, culture ought to be at the core of the “European Year of Citizens” 2013, around which all our activities from 2012 to 2014 will circle.

As citizens, it is our responsibility to take a hand in Europe’s political mechanisms.

Building Europe means integrating national histories, value systems, world views and fostering intercultural dialogue. We believe that the power of culture must be harnessed for the European integration more efficiently. All fields of policy beyond the cultural sector, from social to foreign affairs, must develop a cultural component. We do not lobby for the financial support of the cultural sector, but rather we see culture as essential for the full development of Europe’s potentials. This process should be a bottom-up rather than a top-down process driven by civil society from all sectors. The “A Soul for Europe” Initiative includes leading European politicians and decision-makers from all areas of society, resulting in the launch of joint discussions and campaigns. At the very heart of the “A Soul for Europe” Initiative is the Strategy Group: 55 civil society actors from 21 countries from the areas of culture, politics, business, research and media. The Strategy Group is responsible for the conceptual development and dissemination of the idea of “A Soul for Europe” through projects and initiatives.

The link between civil society and the European Parliament

From bases in Amsterdam, Belgrade, Berlin, Brussels, Porto and Tbilisi the “A Soul for Europe” Initiative is building an international network of European cities and regions, the cultural sector and business as well as European policy-makers. The initiative is supported by a cross-party Parliamentarian Working Group in the European Parliament, which provides a link between the work of the civil society initiative and that of political decision-makers. This novel co-operation model is characterised by two important principles: the private initiative’s independence and the willingness of parliamentarians and political decision-makers to act as intermediaries to provide access to the “realm of power”.”

The organisational back-up for the initiative’s projects are four offices in Europe hosted by international organisations: Felix Meritis Foundation in Amsterdam, Stiftung Zukunft Berlin, the European House for Culture in Brussels and Setepés in Porto. The Cultural Front Belgrade and the Stichting Caucasus Foundation in Tbilisi are associated partner offices.

The office coordinators are members of the “A Soul for Europe” Strategy Group.

The decentralised working structure is also reflected on a legal level: “A Soul for Europe” has its seat as a European Interest Economic Group (ASfE EEIG) in Brussels. The Board of managers of the EEIG includes Steve Austen, Hugo de Greef and Volker Hassemer (Chairman).”

A Soul for Europe :  http://www.asoulforeurope.eu/ 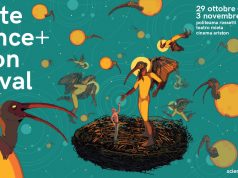