„No one has seen this movie in 100 years !” – Rhidian Davis, British Film Institute

Britain’s first full-length science fiction feature has been restored by the British Film Institute National Archive and is now accompanied by a new score by composer Matthew Herbert and New Radiophonic Workshop, commissioned by the BFI and the BBC. The plot, which echoes Dickens’ “A Christmas Carol”, concerns a Martian exiled to Earth with the mission to change the heart of a selfish man.

“A Message of Mars” is available to watch for the first time in over a century.

Thanks to a collaboration between the BFI and BBC Arts, the BFI National Archive’s new restoration of Britain’s first ever science fiction film, “A Message from Mars” (1913) is available to watch in full on BFI Player and BBC Arts Online. 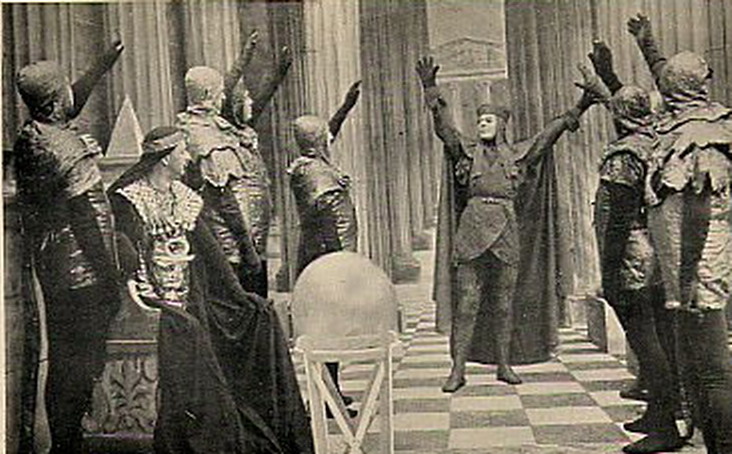 The film is accompanied by a new score by composer Matthew Herbert, the Creative Director of the New Radiophonic Workshop, and it forms part of the BFI’s huge UK-wide SF retrospective season “Days of Fear and Wonder”, a large scale celebration of the genre on television and cinema. The storyline for the 68-minute silent movie, which stars Charles Hawtrey, Crissie Bell and E Holman Clark, centres on an alien sent to Earth from the red planet to show a selfish miser the error of his ways. It features the first on-screen imaginings of Martians by a British film-maker, as futuristically clad members of the Martian court. Thought transference, instant space travel, mind control and the use of a far-seeing crystal ball all feature in this ground-breaking film. It was filmed twice, both times as A Message from Mars (1913 and 1921), the first version being presented in synopsis form as Mr Charles Hawtrey in a Cinematograph Version of A Message from Mars (1912 chap), as adapted by J. Wallett Waller. The story is a kind of reenactment of Charles Dickens’s A Christmas Carol (1843), the Scrooge character, in this case a mildly dissipated young gentleman, being subjected to visits from a superior being from Mars, who demonstrates to him various marvels as they walk through London. In the end, he awakens transformed from this vision.” – The Encyclopedia of Science Fiction

Collaborating on the prestigious project alongside the BFI is Dragon Digital, an industry leader in audio-visual services, film restoration and digital delivery who’ve also worked with the Imperial War Museum and a host of UK and international producers and distributors. It took roughly six months to eradicate the damage to the original print and bring the film back to life.

In a statement, Creative Director of the BFI said: “This is the first in a long line of great British SF films. The genesis of science fiction in British cinema has a distinguished but little known history. Now for the first time in a century audiences across Europe can enjoy the beginnings of British cinema’s most popular genre in a stunning new restoration and with a fantastic new soundtrack.”

Spielhosen pommies wearing ankh (aka key of life, the key of the Nile or crux ansata – Latin meaning “cross with a handle” – was the ancient Egyptian hieroglyphic character that read “life”, a triliteral sign for the consonants ꜥ-n-ḫ.) crosses on Mars

This fascinating film was based on a highly popular stage play which saw many revivals over 30 years in Britain. It features the first on-screen imaginings of Martians by a British film-maker, as futuristically clad members of the Martian court. Thought transference, instant space travel, mind control and the use of a far-seeing crystal ball all feature in this ground-breaking film. Restoration specialists at the BFI National Archive, in collaboration with Dragon Digital in Wales, spent over six months painstakingly assembling the full-length film from two shorter versions and a tinted print held by the Museum of Modern Art.

Based on the SF play, A Message from Mars: A Fantastic Comedy in Three Acts (performed 1899) by Richard Ganthony

With additional material from: the New Radiophonic Workshop

Hubert Willis as a tramp

R. Crompton as the God of Mars

B. Stanmore as the wounded man

“Horace Parker (Charles Hawtrey) is a wealthy young man who is exceedingly selfish and self-centered. Not only is he a miser, but he also expects his friends (and everyone else) to conduct their lives according to his personal convenience. Parker is engaged to Minnie Templer (Bell), but Minnie has discovered Parker’s selfishness and she is on the brink of calling off the engagement. However, on Christmas Eve, a messenger from Mars comes to Earth to show Parker the error of his ways. The two of them become invisible and eavesdrop on all the terrible — and true — things Parker’s friends and family are saying about him.”

BBC Arts Online have also made a special film report on the story behind the restoration of A Message from Mars (1913), going behind the scenes at the BFI National Archive and interviewing the expert curators and technical specialists who spent six months bringing this film back to life for the digital age.

{“A Message from Mars” was a popular play in the early twentieth century, as evidenced by a 30-year series of productions worldwide.  The National Library of Australia’s Sharp Collection of Theatre Programs records the Hawtrey Comedy Company performing at the Palace Theatre in Sydney, May 27th, circa 1904.  At Thanksgiving 1918, a New York (Bronx) newspaper reported that Our Lady of Mercy Dramatic Society offered a play, A Message from Mars, at the parochial school on Marion Avenue south of Fordham Road. Theatergoers were assured it was appropriate to the Thanksgiving holiday and not a war play.  We also know that the Pasadena Playhouse (State Theatre of California) staged the play in 1920.

A note on Mabel Winifred Knowles (1875 – 1949); she was an unbelievably prolific British writer (211 books and many short stories) who wrote across several genres and under three pseudonyms.  One hundred years ago a female writer in science fiction was almost unheard-of.  Knowles was an Anglican Church worker who reportedly used the proceeds from her writing to help the mission.:http://www.scifidimensions.com/Mar00/MoviesMars/mars_in_silent_films.htm}

The French film „Le Voyage dans la Lune” (A Trip to the Moon), created by the French film director Georges Méliès in 1902 is the first science fiction film.

It drew upon Jules Verne and H.G.Wells in its depiction of a spacecraft being launched to the moon in a large cannon. Its ground-breaking special effects pioneered the way for future science-fiction films, and it became largely popular after its release. 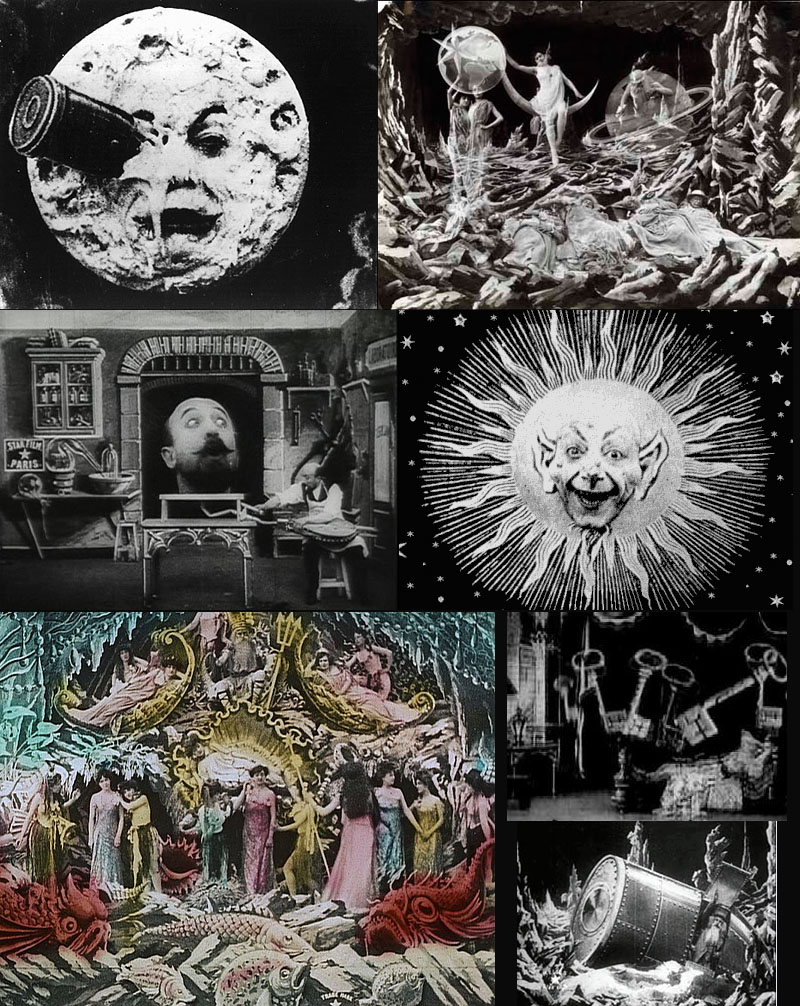 “Le Voyage dans la Lune” (A Trip to the Moon) is a 1902 French silent film directed by Georges Méliès. Inspired by a wide variety of sources, including Jules Verne’s novels De la Terre à la Lune, 1865 (From the Earth to the Moon) and Autour de la Lune, 1870 (Around the Moon), and “The First Men in the Moon” (1901) by H.G. Wells, the film follows a group of astronomers who travel to the Moon in a cannon-propelled capsule, explore the Moon’s surface, escape from an underground group of Selenites (lunar inhabitants), and return with a splashdown to Earth with a captive Selenite. It features an ensemble cast of French theatrical performers, led by Méliès himself in the main role of Professor Barbenfouillis, and is filmed in the overtly theatrical style for which Méliès became famous.

The pioneering science fiction film, a 14-minute ground-breaking masterpiece with 30 separate tableaux (scenes), Le Voyage dans la Lune (A Trip to the Moon) (1902), was made by imaginative, turn-of-the-century French filmmaker/magician Georges Melies, approximating the contents of the novels by Jules Verne, De la Terre à la Lune, 1865 (From the Earth to the Moon) and Autour de la Lune, 1870 (Around the Moon) and H.G. Wells (First Men in the Moon). With innovative, illusionary cinematic techniques (trick photography with superimposed images, dissolves and cuts), he depicted many memorable, whimsical old-fashioned images: a modern-looking, projectile-style rocket ship blasting off into space from a rocket-launching cannon (gunpowder powered?), a crash landing into the eye of the winking ‘man in the moon’, the appearance of fantastic moon inhabitants (Selenites, acrobats from the Folies Bergere) on the lunar surface, a scene in the court of the moon king, a last minute escape back to Earth

The film was an internationally popular success on its release, and was extensively pirated by other studios, especially in the United States. Its unusual length, lavish production values, innovative special effects, and emphasis on storytelling were markedly influential on other film-makers and ultimately on the development of narrative film as a whole. Scholars have commented upon the film’s extensive use of pataphysical and anti-imperialist satire, as well as on its wide influence on later film-makers and its artistic significance within the French theatrical féerie tradition. Though the film disappeared into obscurity after Méliès’s retirement from the film industry, it was rediscovered in the late 1920s, when Méliès’s importance to the history of cinema was first recognized by film devotees. An original hand-colored print was discovered in 1993 and restored in 2011.

Le Voyage dans la Lune (A Trip to the Moon) was named one of the 100 greatest films of the 20th century . The film remains the best-known of the hundreds of films made by Méliès, and the moment in which the capsule lands in the Moon’s eye remains one of the most iconic and frequently referenced images in the history of cinema. It is widely regarded as the earliest example of the science fiction film genre and, more generally, as one of the most influential films in cinema history. 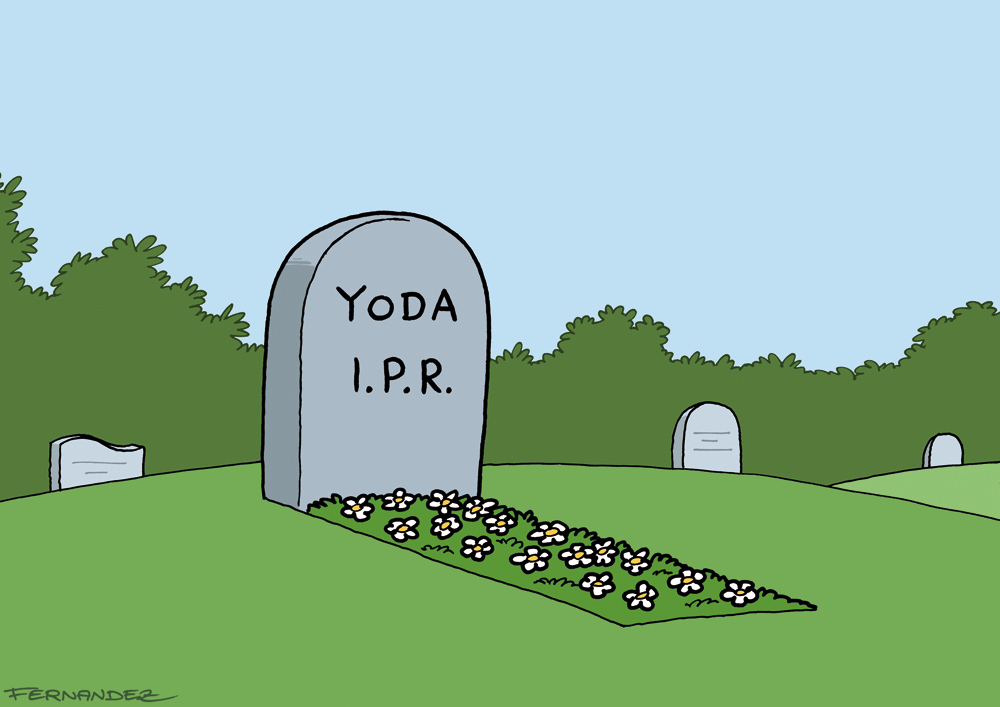 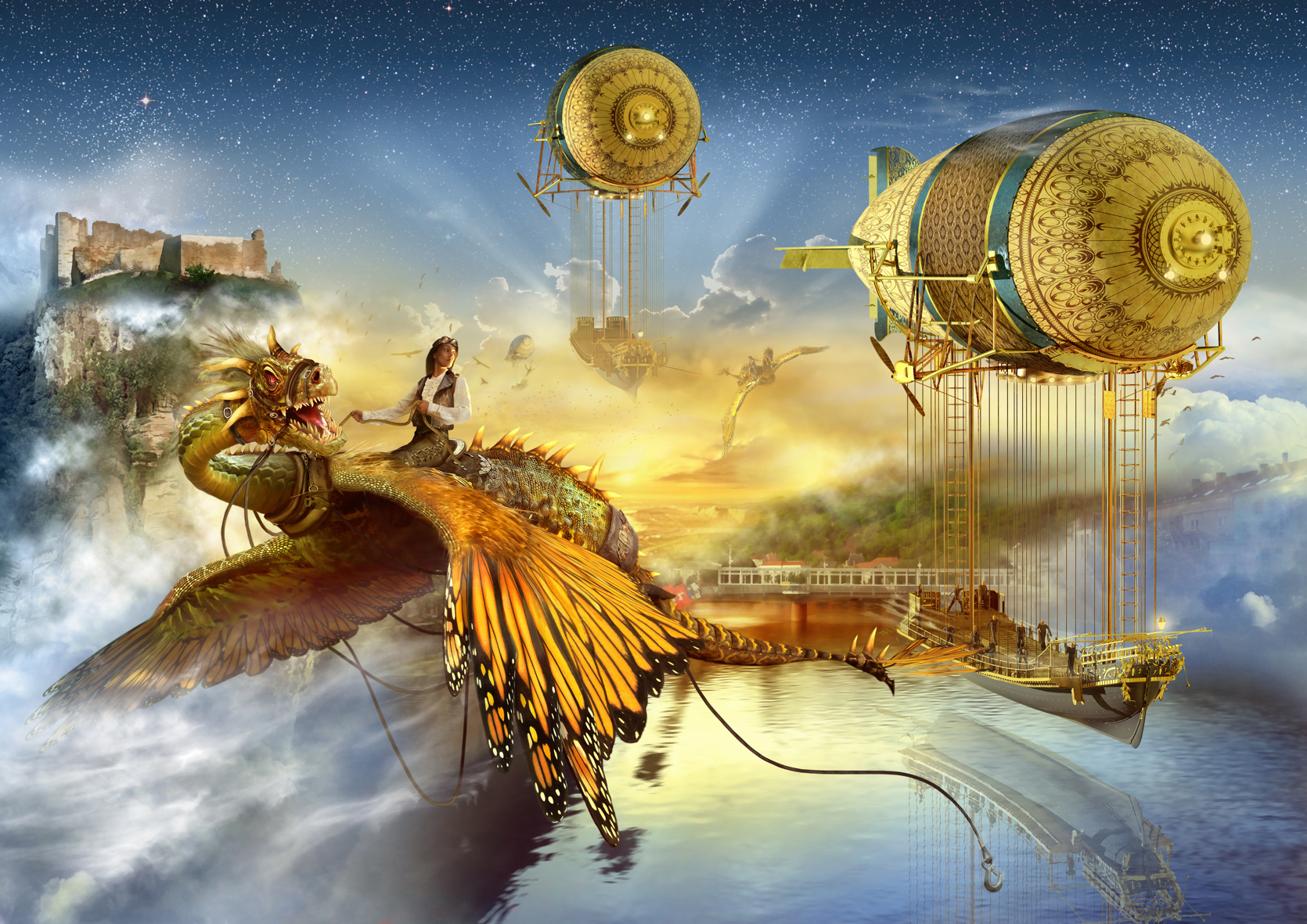 Spain is the Guest of Honor of the 2014 Imaginales Festival (Épinal, France) by Cristian Tamas

Why J.K. Rowling does not read fantasy?