The current presidency of the Council of the European Union as of January 2015 is held by Latvia. Riga, the capital of Latvia was last year the European Capital of Culture.

Riga, the capital of Latvia was last year the European Capital of Culture.

“Seeing your stories translated between two languages (…) makes you realize a good translator needs to be a good writer, because the end result is the creative product of two minds. I have tremendous respect for literary translators who do their job with love and care. They lift us from provincial self-referentialism toward an awareness of an interconnected world.” – Tom Crosshill

Toms Kreicbergs  is born in 1985 in Riga, Latvia.  As a child he subsisted on a diet of Heinlein, McCaffrey and Tolkien. Having verified that every science fiction book published in his own language would fit on a single bookshelf, he had no alternative but to learn English at an early age.

Unde the pen name of Tom Crosshill, he writes in english language science fiction and fantasy stories. Tom made his first writing friends at the Del Rey Online Writing Workshop in the late nineties. 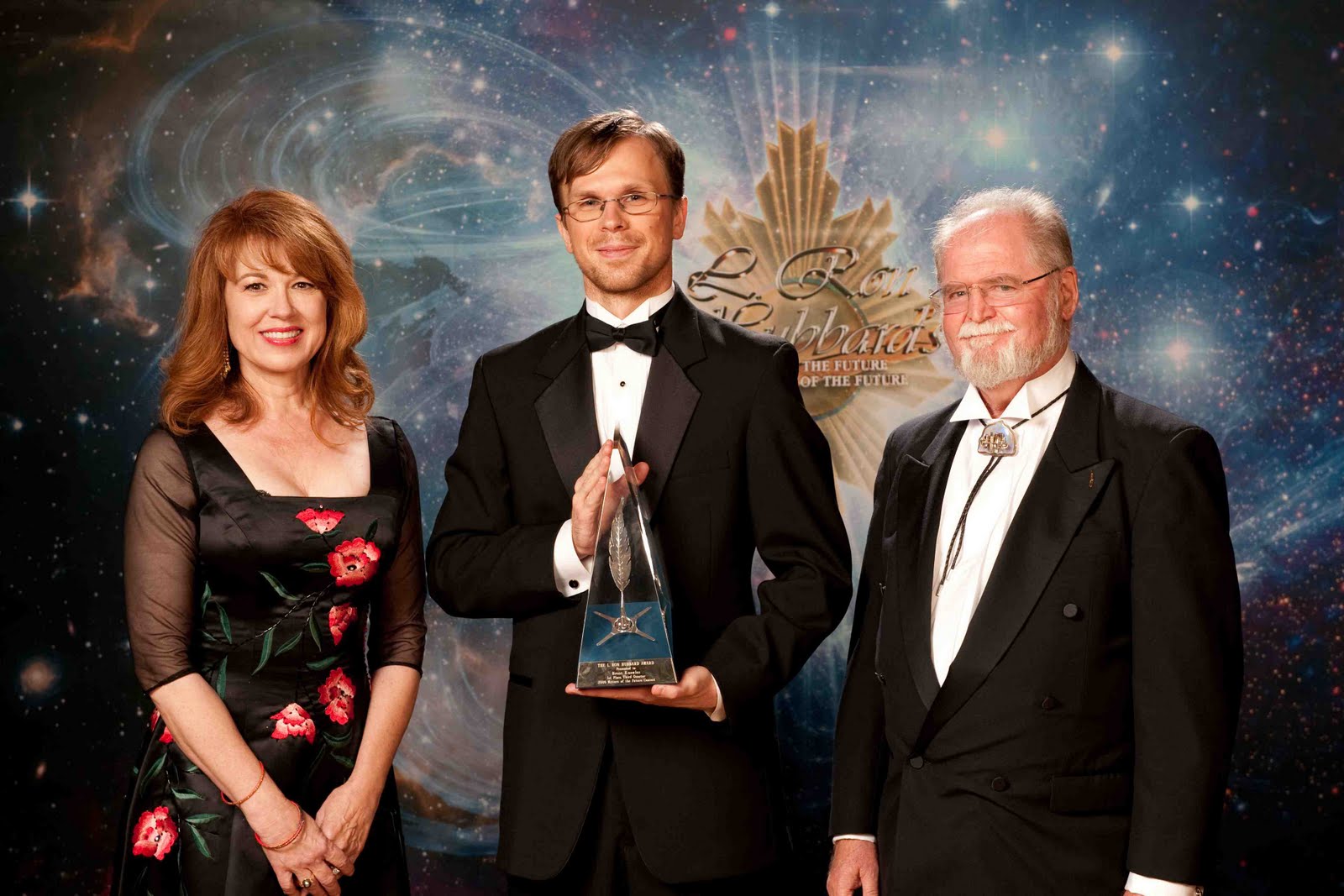 Since winning the US Writers of the Future Contest in 2009, Tom has sold stories to such magazines as Clarkesworld, Beneath Ceaseless Skies, and Lightspeed. Two of his stories, “Mama, We Are Zhenya, Your Son” and “Fragmentation, or Ten Thousand Goodbyes”, have been nominated for the Nebula Award. His work has also been nominated for the Latvian Annual Literature Award, Best Debut. He is currently working on a novel and numerous short stories.

In 2003 Toms Kreicbergs travelled to the United States, where he studied physics at Reed College, Portland (Washington). In the past, he has operated a nuclear reactor, translated books and worked in a zinc mine, among other things. In the 2000s, Tom worked as a commodities structurer for large investment banks on Wall Street. He worked on major deals in the oil and gas sector during the high-pressure days of the financial crisis. Every deal was a high-stakes situation — and a tremendous education. Presentation, business negotiations and financial market consultant. Has spent four years working for the investment banks UBS and Scotia Capital on Wall Street in New York. His experience ranges from presentations both to international conglomerates and to small businesses at the CEO, CFO and COO levels. Also, he worked as a theater director, and translated books.Toms has devoted much of his time to individual studies of English conversation and business negotiations with the world famous specialist Sam Chwat. He has supplemented his presentation skills acting in classical and improvisational theatre, as well as staging theatre performances. He often speaks at international literary conferences. In Fall 2013, he was a fellow at the International Writing Program of the University of Iowa, USA. Tom teaches seminars on creative and business writing. 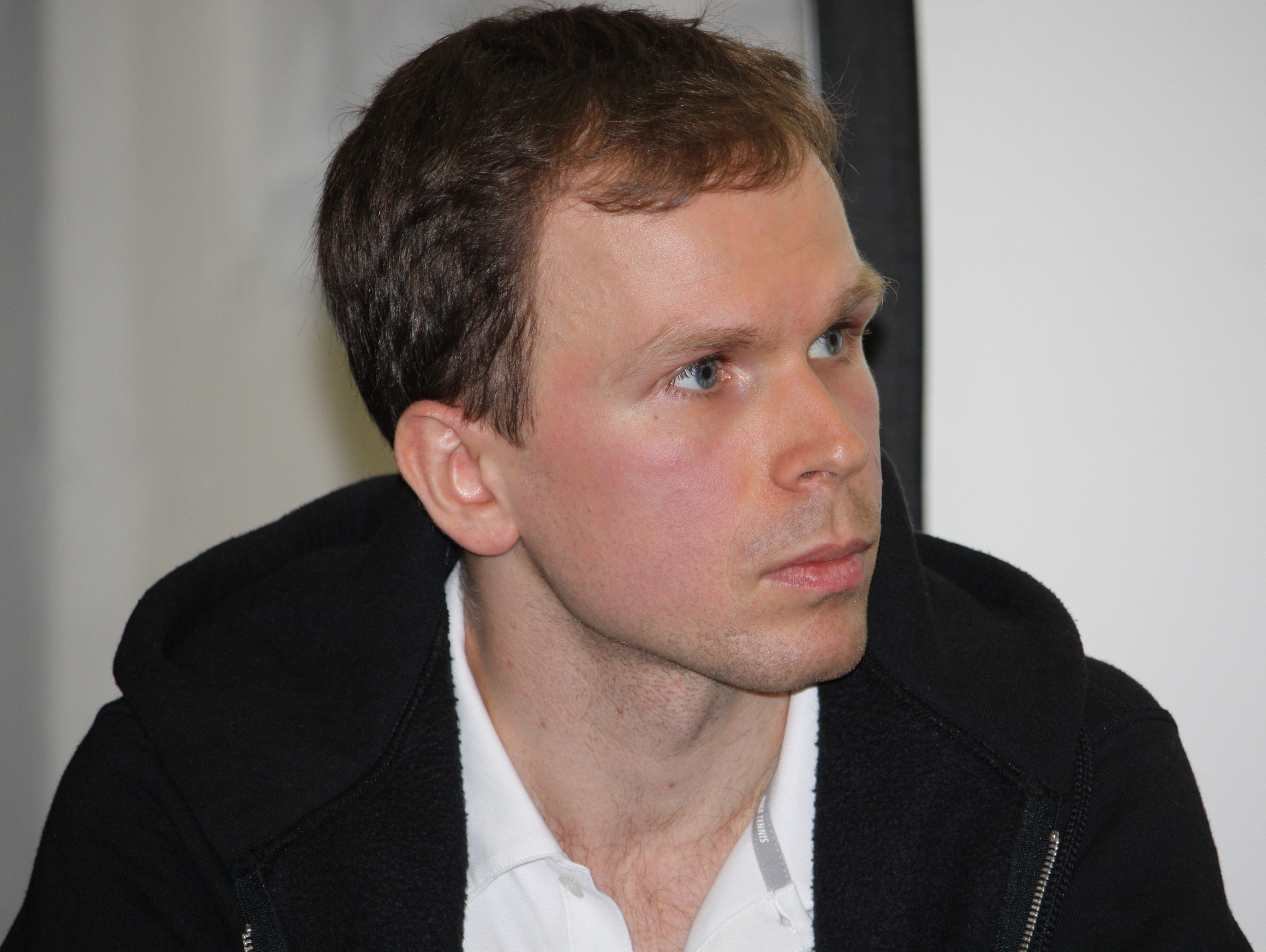 In February 2011, Toms Kreicbergs received the Writers of the Future Award and in 2012 and 2013 he were among the finalists for the Nebula Award for best short story (2012 – Mama, We are Zhenya, Your Son, 2013 – Fragmentations, or Ten Thousand Goodbyes).

Tom Crosshil is the author of the short story collection Dubultnieki un citi stāsti (Doubles and Other Stories, 2011), written in english and translated into latvian.

Tom’s fiction has won the Writers of the Future Contest, was twice shortlisted for the Nebula Award, given out by the Science Fiction & Fantasy Writers of America. His work has been featured in English language (Clarkesworld, Beneath Ceaseless Skies and Lightspeed), Latvian, Finnish, Polish,  Cuban, Chinese publications. Tom Crosshill’s fiction has been nominated for  the Latvian Literature Award.

After many years spent in Oregon and New York, he currently lives in his native Latvia. He’s a satellite member of the writers’ group Altered Fluid.

Bearslayer and the Black Knight (2012)

To Catch a Firefly – Tom has recently completed a YA novel set in a post-apocalyptic world where superpowers are mankind’s last defense against AIs.

The Cattle Express – Tom is working on a literary novel about love, Wall Street, Soviet Terror during WWII and other things.

Latvia (Latvija), officially the Republic of Latvia (Latvian: Latvijas Republika), is a country in the Baltic region of Northern Europe, one of the three Baltic states. It is bordered by Estonia, Lithuania, Russia, Belarus and by a maritime border to the west with Sweden. Latvia has 1,997,500 inhabitants and a territory of 64,589 km2 (24,938 sq mi). The country has a temperate seasonal climate.

In 1710, Latvia was invaded by the Russian empire, occupied and annexed until 1917. The Republic of Latvia was founded on 18 November 1918. However, its de facto independence was interrupted at the outset of World War II. In 1940, the country was forcibly incorporated into the Soviet Union, invaded and occupied by Nazi Germany in 1941, and re-occupied by the Soviets in 1944 to form the Latvian SSR for the next fifty years.

The peaceful Singing Revolution, starting in 1987, called for Baltic emancipation of Soviet rule. It ended with the dissolution of the Soviet Union in 1991, and Latvia declared the restoration of its de facto independence on 21 August 1991.

The Freedom Monument (Brīvības piemineklis, 1935), Riga ;  An important symbol of the independence, sovereignty and freedom of Latvia. Unveiled in 1935, the 42-metre (138 ft) high monument of granite, travertine, and copper often serves as the focal point of public gatherings and official ceremonies in Riga. The monument is the work of the Latvian sculptor Kārlis Zāle. On June 14, 1987, about 5,000 people gathered at the monument to commemorate the victims of the Soviet communist dictatorship and to lay flowers. This rally renewed the national independence movement, which culminated three years later in the re-establishment of Latvian sovereignty after the fall of the Soviet regime.

Latvia is a member of European Union, Council of Europe, NATO, United Nations. 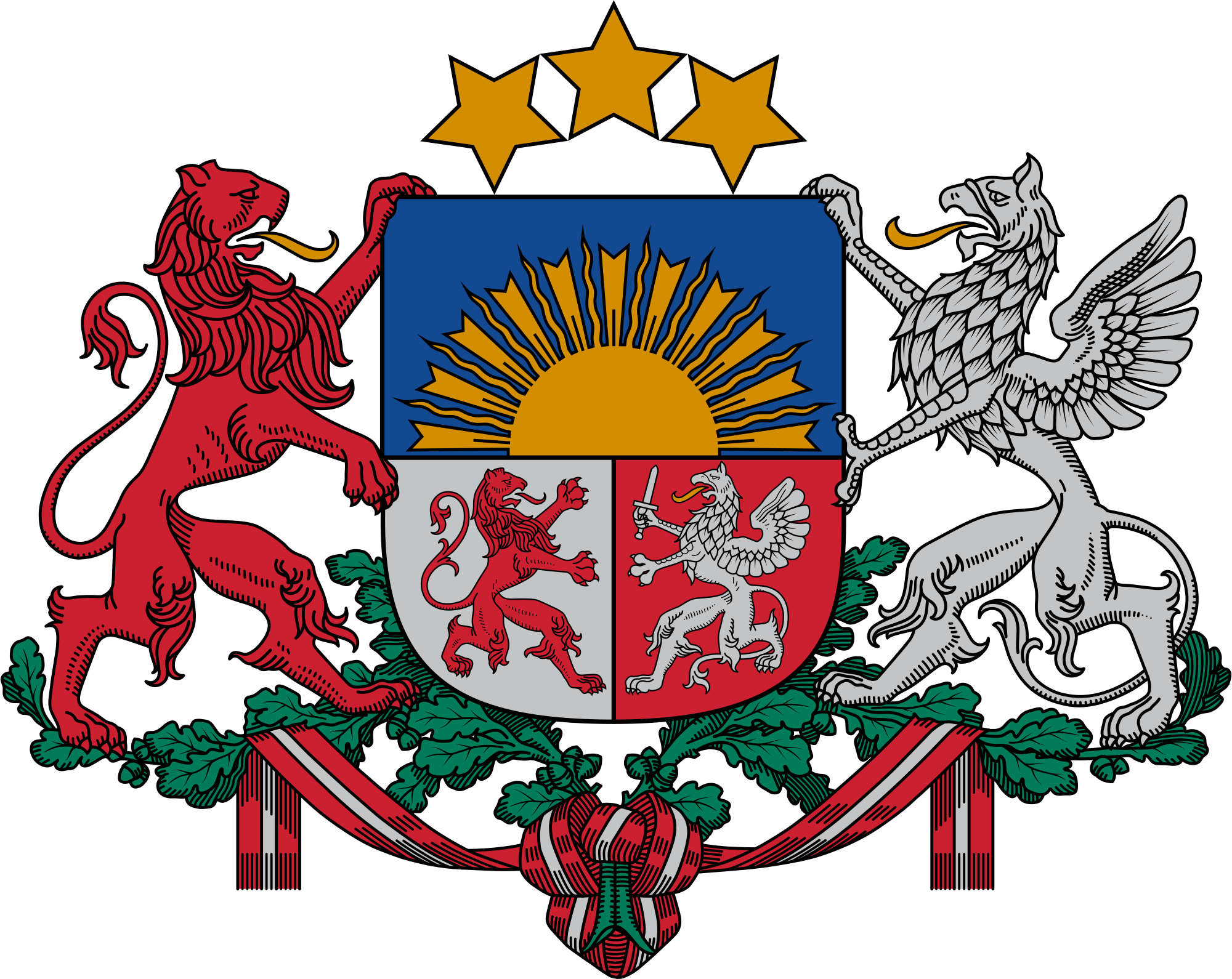 Latvia is a democratic parliamentary republic established in 1918. The capital city is Riga, the European Capital of Culture 2014. Latvian is the official language. Latvia is a unitary state, divided into 118 administrative divisions of which 109 are municipalities and 9 are cities. There are five planning regions: Kurzeme, Latgale, Riga, Vidzeme and Zemgale.

Latvians and Livs are the indigenous people of Latvia.

Latvian is an Indo-European language; it and Lithuanian are the only two surviving Baltic languages. Despite foreign rule from the 13th to 20th centuries, the Latvian nation maintained its identity throughout the generations via the language and musical traditions.

As a consequence of the 359 years of Russian and Soviet occupation, Latvia has a large number of colonized russophones (ethnic Russians : 26.9%, 3.4% Belarusians, 2.2% Ukrainians), and the ethnic latvians are just 62.1%.

The building of the Saeima, the parliament of Latvia, in Riga 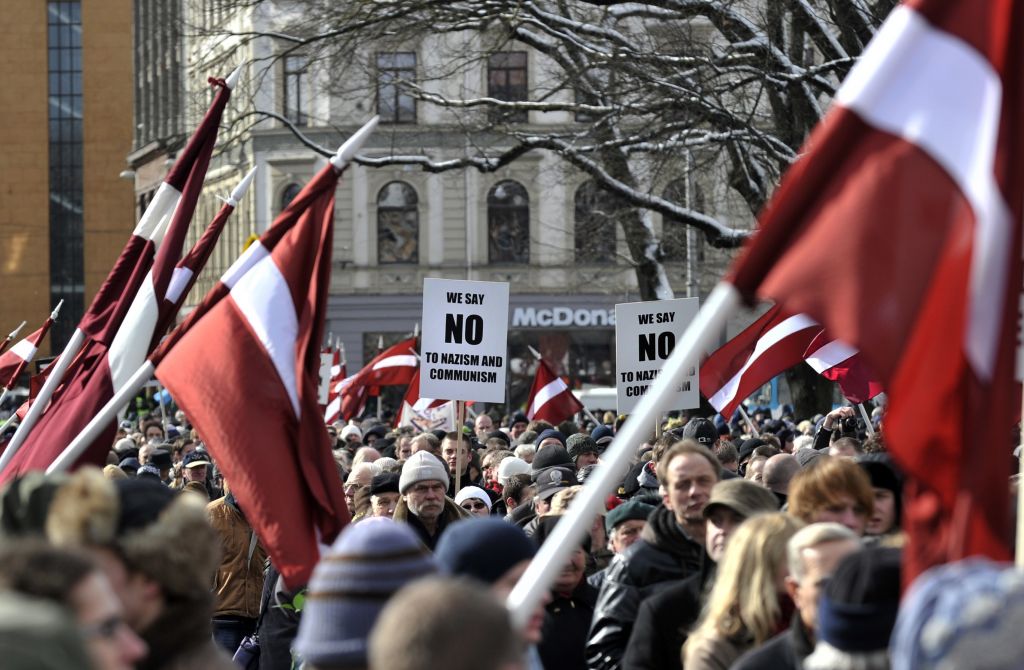