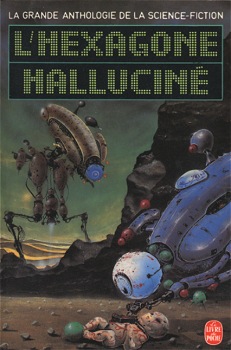 “Weakened by the absence of bestsellers in 2014, the French speculative fiction publishing market decreased in 2014. Independent publishers however escape the gloom due to their their substantive work. They deal in 2015 with slogans like: resist and develop.

The bubble deflated. After an exceptional year in 2013, driven by numerous bestsellers and film adaptations, the French SF&F publishing market’s hardcovers format declined sharply, with a substantial decrease in the number of copies sold 2014 was not an easy year for the French SF&F publishers.” – Mylène Moulin, Livres-Hebdo no.1025/16th of January 2015

„The French imaginary domain publishing market declined in 2014 according with an analysis made by Livres-Hebdo (The Book Weekly) from the 16th of January 2015: „Dossier. Littératures de l’imaginaire : contre vents et marées” (Feature. Speculative fiction: against all odds) by Mylène Moulin.

The overall publishing activity has decreased in 2014.

Fantasy  is the name of the game since the breakdown of the 2014 sales is as follows: 46% of books sold are fantasy, 31% of science fiction and 23% of the fantastika.

Fiction, other legend of the French Science Fiction

The list of the fifty best-selling science fiction and fantasy is opened by George R.R. Martin and his series „A Song of Ice and Fire” (with ten of his books in the selection), the french writer Bernard Werber, Stephen King, the french writer Maxime Chattam and J.R.R. Tolkien.

The best selling classics are „Brave New World” by Aldous Huxley (4th place), „Fahrenheit 451” by Ray Bradbury (15th) and „Flowers for Algernon” by Daniel Keyes (23rd). Among the french writers are Antoine Volodin with „Terminus Radieux” (Radiant Terminus) and „La Horde du contrevent” (The Horde of Counterwind) by Alain Damasio brace. Note that there are only seventeen authors’ names in this best-selling list, there are many who have several works included …”

Bifrost, The Magazine of the Imaginary Worlds

Finally, among the new products announced in the article, there is a new layout for Folio SF series and the foundation of Ofelbe, a new publishing house specializing in Japanese youth adult novels.”

“The history of France’s relationship with sf is one of long flirtation, marked through the centuries by episodic outbursts of passion and, in recent times, by an increasing shift from authorship to readership, from the active to the passive role, as more and more people become avid consumers of the US/UK sf tradition. A few remarkable French writers of sf have emerged, but, although the 1970s were an active period for French sf, no truly indigenous school of writing has yet taken shape…

Today French sf shows a paradoxical face: it includes many talented writers, usually well detached from the UK-US influence, whether long-established authors or newcomers to the genre such as Richard Canal, Pierre Stolze, Raymond Milési and Colette Fayard.

But, on the other hand, the dwindling of publishing imprints, magazines and columns – or their outright disappearance (Fiction ceased in 1989) – gives the unfortunate impression that the domain is definitely in peril.

Thus, the best French authors – notably those with a long career behind them – are now inclined to abandon sf and turn to horror (> Horror in SF) which, courtesy of Stephen King, has become increasingly popular (Andrevon, Brussolo), or to mainstream literature (Sternberg, Jeury, Pelot, Andrevon, Curval, Volodine), or to screenplays (Ruellan, Pelot, Houssin), a far more lucrative field.[RL/JCh]”  – The Encyclopedia of Science Fiction