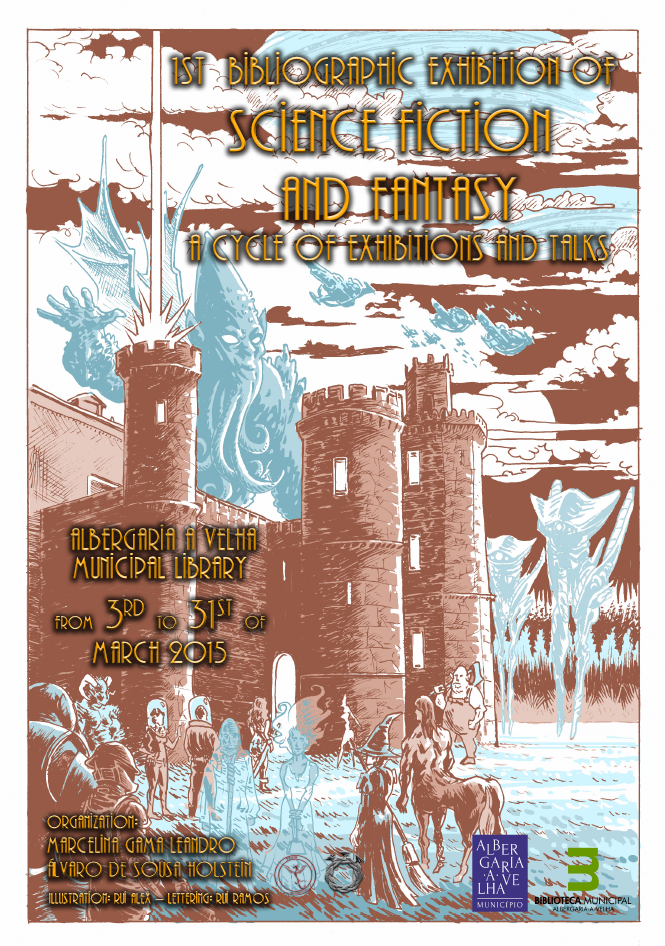 Within the SF and Fantasy Cycle of Exhibitions and Talks,  the Municipal Library of Albergaria-a-Velha (Portugal) organizes on the afternoon of  Saturday, March the 7th (17:00), a talk and a debate with Alvaro de Sousa Holstein – researcher, short story writer, poet, essayist and genealogist – and  guests.

The SF and Fantasy Cycle of Exhibitions and Talks want to change the image usually shared by people averse to technology, as we can’t forget the saga of discovery, the personalities of Bartolomeu de Gusmão and Padre Himalaya, etc., to ignore the feat of mankind and the knowledge associated with it, the existence of the portuguese contributions to SF and to science (as the air vehicle, the Barcarola and the first “solar machine”, the pyrheliphoro).  The SF and Fantasy Cycle of Exhibitions and Talks also intends to promote the domestic production in the genres of science fiction and fantasy as Fernando Pessoa, Mário de Sá Carneiro, Jorge de Sena, Natalia Correia, Romeu de Melo or José Saramago already done. 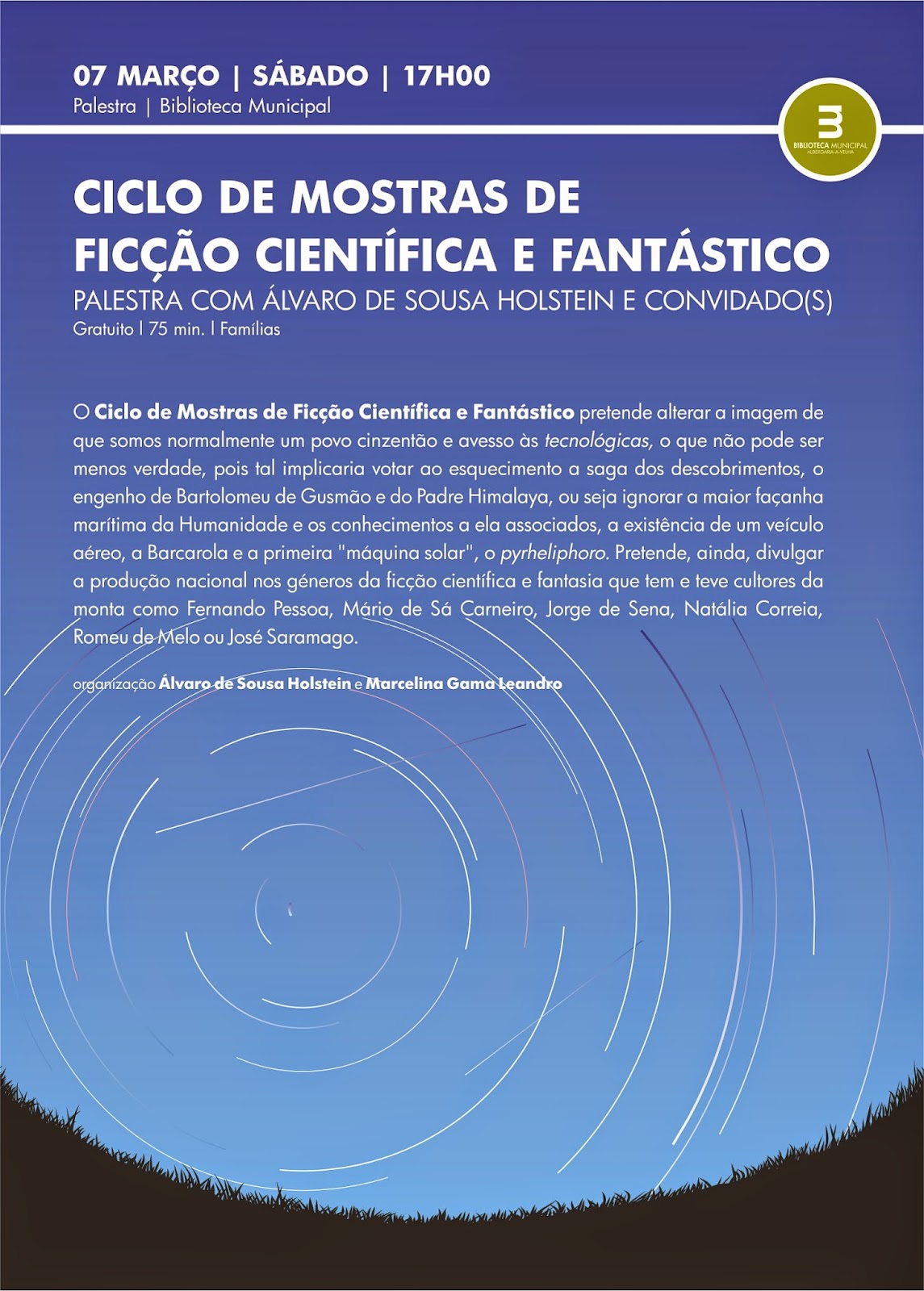 Eurocon 2016: All infos on a poster, also for greenhorns of fandom